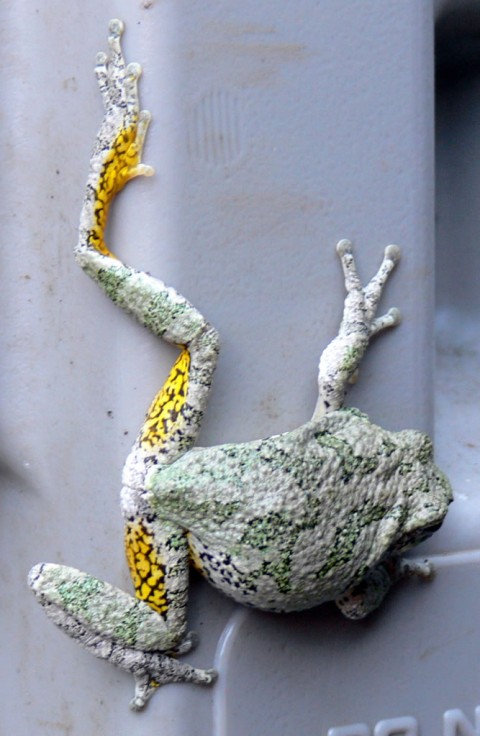 Note the bi-coloured stockings this prankster wears.  The latest fashion!

I didn’t close the doors completely as I was planning on doing some yard work.  A few minutes later, I took out the hoe, and . . . PLOP!  A grey tree frog had been sleeping on top of the blade of the hoe!  How was I to know he’d pick such a crazy place for a bed?

Help!  It’s raining tree frogs in Cedar Hollow, and it wasn’t even in the forecast!  I’ll be a wreck if they don’t soon find a more sensible place  to spend the night! 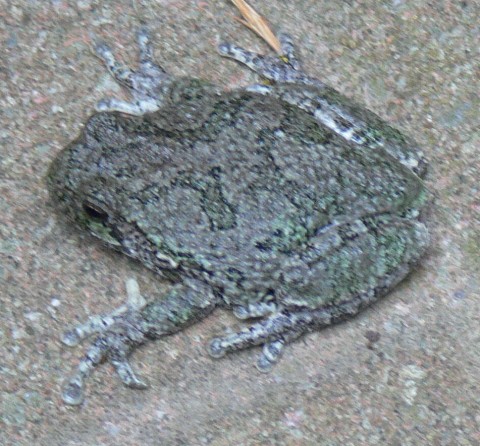 While weeding near the bird bath, I heard the baby wrens cheeping for more breakfast.  Lord and Lady Wren were quick on the wing, let me tell you, filling their youngsters’ orders as fast as they could.

“Now where is Lord Wren?  I could have sworn he was right behind in my tailwind.” 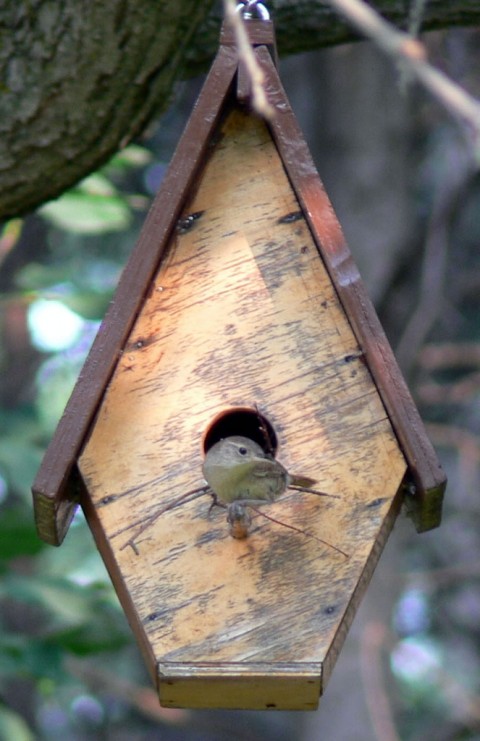 Our neighbour’s son brought out Pipinka to show me his progress.  Mr. B is as good at caring for him as his mother, who is now in Europe on vacation.  I’m sure the first thing she asks whenever she phones is . . . How is Pipinka doing? 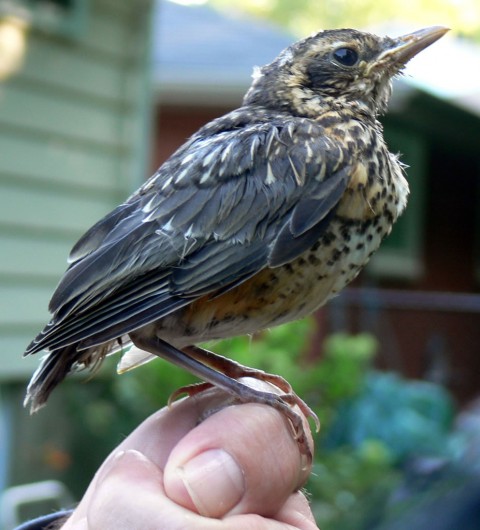 I would say Pipinka’s tail is only about an inch long, wouldn’t you?  How quickly his wing and back feathers are growing.  You don’t see much fuzz sticking out between them anywhere.  The former rubbery, wide beak looks quite proper now.  And what long toe nails!  Pipinka was chirping very robin-like as he sat in Mr. B’s hand while we chatted over the fence.   When he dozed, it was the bottom eyelids that moved up to shut his eyes!

The Rottweiler wanted to see Pipinka, too.  Mr. B lowered his hand.  The huge black dog took a  sniff.  That’s all he wanted was a sniff . . . and his nose told him everything he wanted to know.    “Yes, the speckled bird, the tiny member of my family, is doing just fine!”

I asked Mr. B if he had thought of banding Pipinka.

“If he comes back and comes to us, we’ll know it’s Pipinka.  No other robin would do that.”

In the afternoon, Mr. McD took this photo of an adult robin bathing.  How many days do you think it will be before Pipinka looks like this? 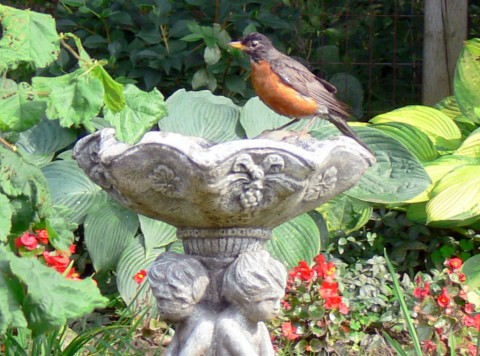