Living at Cedar Hollow makes certain demands.  The cedar hedges have responded to generous summer rains with new growth.  Lloyd and I trimmed most of the front hedging, but there is lots more aromatic cedar scheduled for a haircut next week. 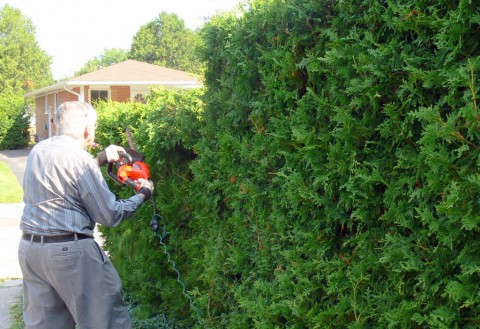 The K-W Woodworking Shop phoned to say that they had routed the lettering into the slab of driftwood.  It was ready for pickup!

What a beautiful job Steve did!  Hopefully, we will have the finish applied by next week, and you will see where its pulpit is located.

While taking a break on the lawn swing, I was delighted to see Lady Wren alight on the trellis near Swiss Chalet.  Her choir gown was bathed in morning sunshine as she sang several songs before tending to her young brood. 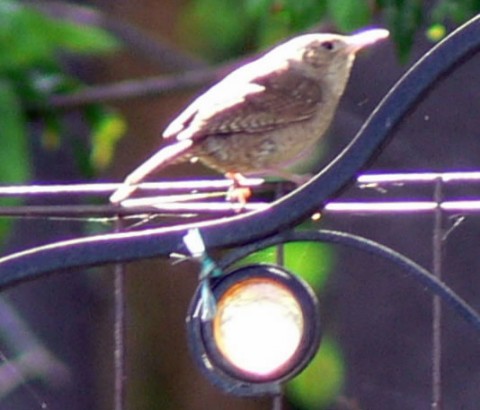 Did you know that Cedar Hollow is one of the robins’ favourite spas?  First Mr. Redbreast tried out the upper bird bath. 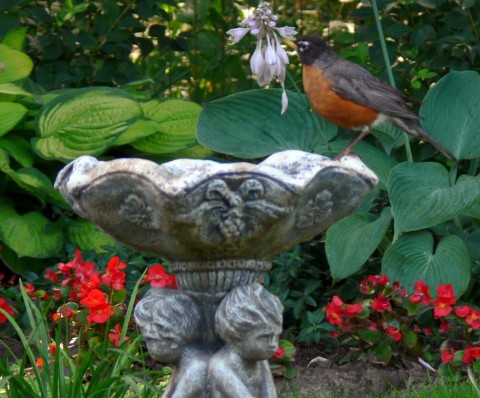 Well, he thought it was rather confining.

He had bigger things in mind.  He hopped through the flowerbed . . . and you could just see his wheels turning . . . 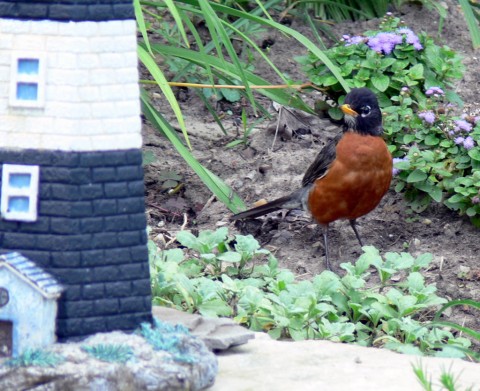 . . . and then he was on the foundation of the lighthouse.  He seemed to say, “It’s hot out here, Mrs. McD.  I hope you don’t mind, but I’m rather fond of the big spa at Cedar Hollow.” 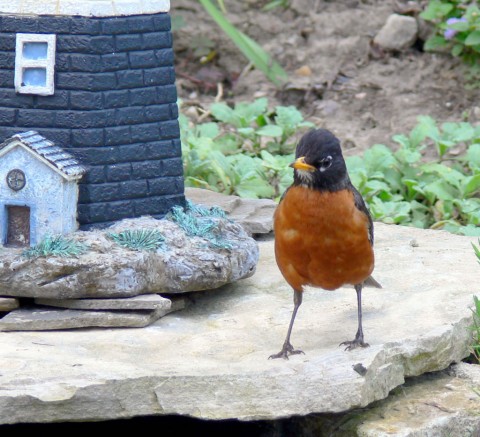 Before he doffed his stately dinner jacket, he posed by the edge of the pond for me. 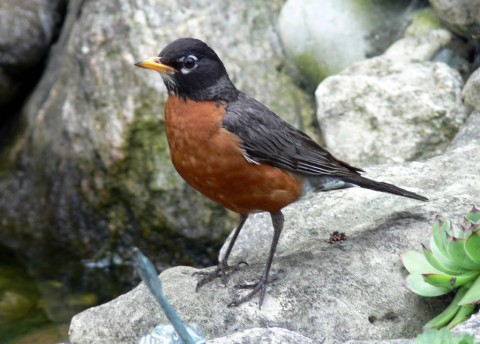 Then, before I knew it, he was standing on a big lily pad.  He bent over, and had a drink.  I was surprised that it held his weight.  The next moment, he was splashing about at the edge of the pond, having a high old time in his favourite spa, flicking water in every direction!  He flew up into the walnut tree.  Perched on the big branch from which the Swiss Chalet hung, he began to dry off, stretching out his wings and preening his soggy feathers.  That ritual had to be tended to before he could  put his dinner jacket back on.  He certainly wasn’t going to pose without it, and besides, his feathers were a sight for sore eyes!  No respectable robin would appear in any blog looking like that!  No way!