Gentle rains seemed to come so easily this fall, almost daily, in fact.  On the last day of October, a robin rested momentarily in the pear tree where he had been showering in the rain, fluttering his wings about as if he were in a bird bath.  Refreshed, he was soon off to catch up with his kith and kin, headed for the distant  southlands. 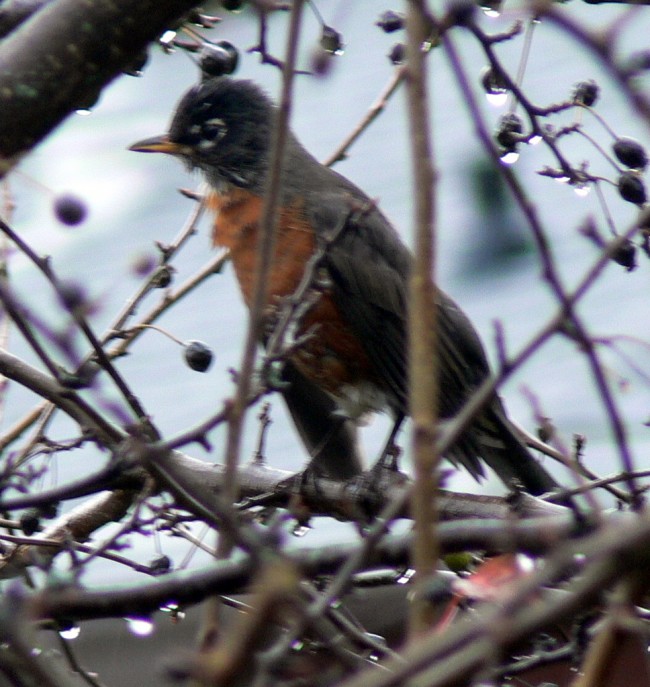 The previous Hallowe’en, I received my “tricks” at Cambridge Memorial Hospital, having my thyroid removed that morning.  Our porch light wasn’t turned on for the little trick-or- treaters as my husband and son were up visiting me in the hospital, making sure I had enough ice chips to suck on.

This year, our porch light was on once again, welcoming the neighbourhood children.  We took turns answering the doorbell.  As I handed out bags of potato chips and chocolate bars, a couple of boys around ten said, “We like your bushes!” (hedge circling the front yard).  “Happy Hallowe’en!” they chorused as they headed down the cobblestone walk.  On another of my turns at the door, a witch about twelve years old, said, “I like your wallpaper!”  Whoever heard of witches liking pretty things?

By 7:30, our stores of candy were depleted.   Off went the porch light, and on went a sense of gratitude for the unusual encouragement we had experienced.  I don’t think any of the trick-or-treaters, short or tall, forgot to say Thank you either.

The temperature went up to eleven this afternoon, making it an ideal time to bury some miracles around Cedar Hollow.  One thing is sure, they won’t stay buried.  Their hiding place will be exposed  come spring!

Bulbs of a dozen red tulips were pushed gently into a bed dug six inches deep beside the pond.  An inch of soil was sprinkled over their pointy noses, and then a piece of wire mesh was pressed carefully down before filling up their bed with soil.  Hopefully the wire mesh will put the wild moving company from the adjacent woods out of a job, and the tulips will bloom next spring . . .  where they were planted.  Don’t squirrels know that a clump of tulips is a lovely thing . . . but a single tulip popping up in the woods or in the middle of the lawn looks, well, kind of stupid?

White narcissus with pink trumpets and blue hyacinths were put into the sidewalk garden, all of them preparing to pull out of the black earth heavenly scents next May.  How? 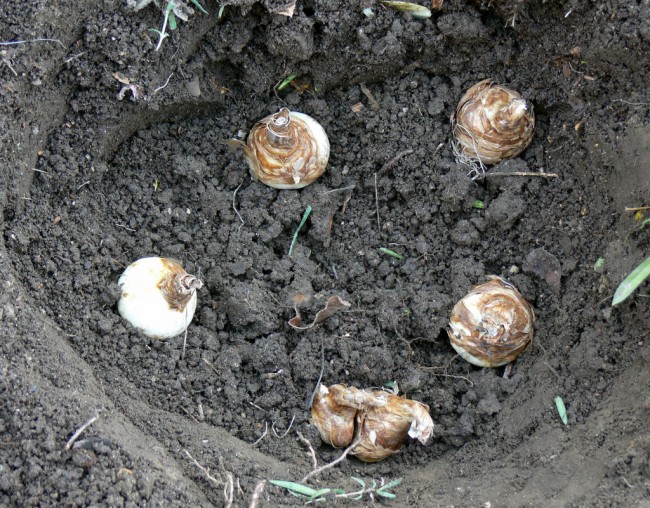 Five white snow drops were moved to a new location.  Their tiny heaters will baffle us once again as they melt their way through icy snow in early April.  Crocuses will unfurl soon after, splashing pure gold about, coaxing skinny bees to come get the energy drink they have prepared just for them.