“I’m next,” a little voice cheeped from somewhere within Cedar Shake on Black Pole Lane.  Frazzled Father Chickadee caught his breath on the fence for a moment before delivering his treat.  He looked as worn out as his wife! 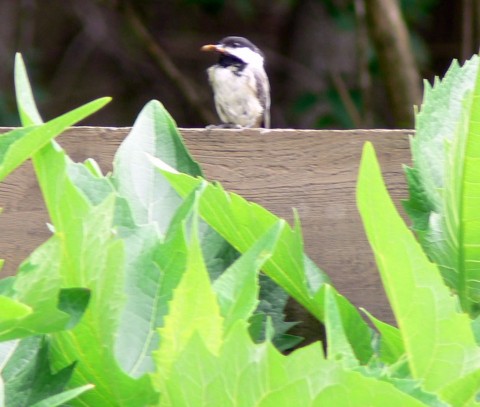 “Go get your breakfast at the sunflower feeder, Papa,” I said coaxingly.  “The youngsters will just have to wait a moment, that’s all.”

He paid no heed.  No sooner had he delivered his pizza, when he flew straight over to the Maple’s Staples just beyond the north corner of the yard to round up more grub.

I was out early this morning, cultivating the left upward-sloping flowerbed by the pond.  For some odd reason, each year the corkscrew hazel has contrary upstarts popping up on her left side.  They do not want to grow kinky like their mother, but get hold of that straightening stuff, and stick straight up! What a rebellious lot!  I gave them a talking to before I snipped them off. 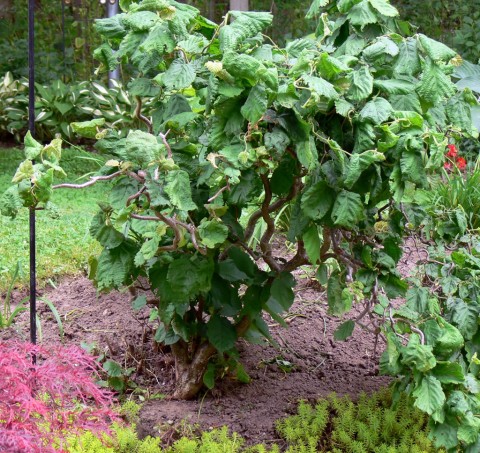 Beside Cedar Shake on Black Pole Lane, the mock orange bush has begun to bloom.  Its blossoms have the same delightful scent as the flowers of its namesake – the orange tree – which eventually provided the marmalade we enjoyed at breakfast! 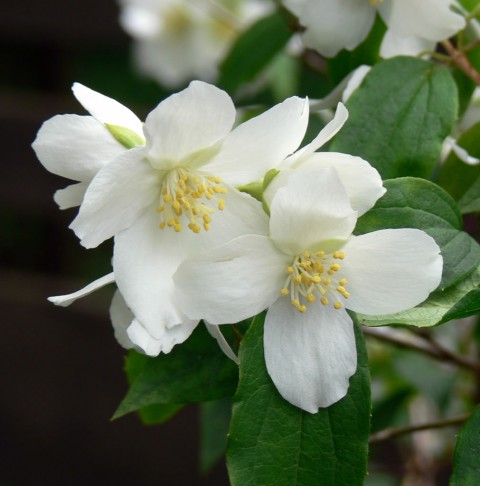 The climbing hydrangea has put on its best frock yet!  Maybe more sunlight came its way after the neighbours on the south side of our property cut down a huge hawthorn tree. 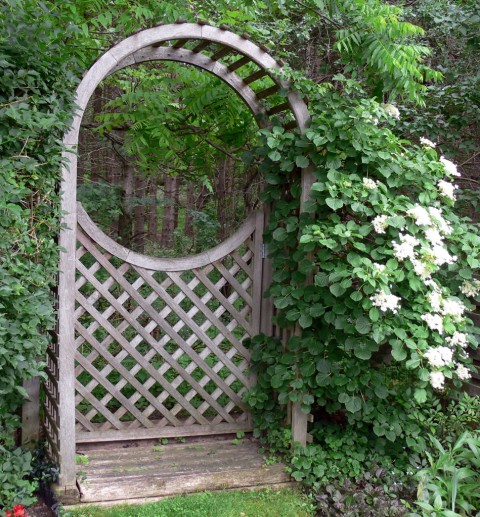 On a house tour at Puslinch Lake a few summers ago, Lloyd and I saw a gigantic hydrangea blooming, which completely covered a cottage.  It was unforgettably beautiful!

The hydrangea’s flower saucers have a sense of humour, and must be teaching a few of their tiny members to overcome stage fright:

Put your little foot out, right out,

and let them see you! 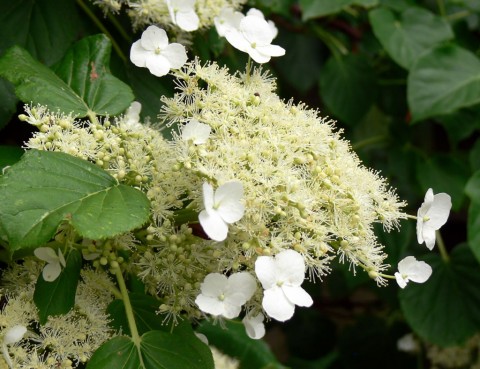