A few days ago while reading in the living room, movement caught my eye.  A hummingbird was sipping from the throats of the blue streptocarpus flowers dangling from a wall planter by the front door.  In and out of the funnel-shaped flowers he went, evidently enjoying each sip. 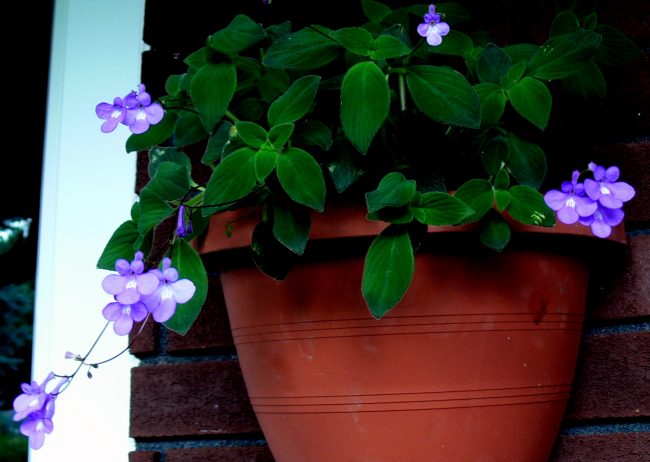 The last day of July, we spent the evening on the back deck by the pond with our son, John, enjoying the moderate temperature.  As dusk began, a hummingbird tanked up for the night, sipping its way around the mophead of scarlet bee-balm flowers, one tubular petal after another.  In the daytime, he usually takes only a sip or two . . . and then flies off.  Not last night.  Apparently, hummingbirds need to store enough energy to see them through the night when they remain in an almost stupor state. 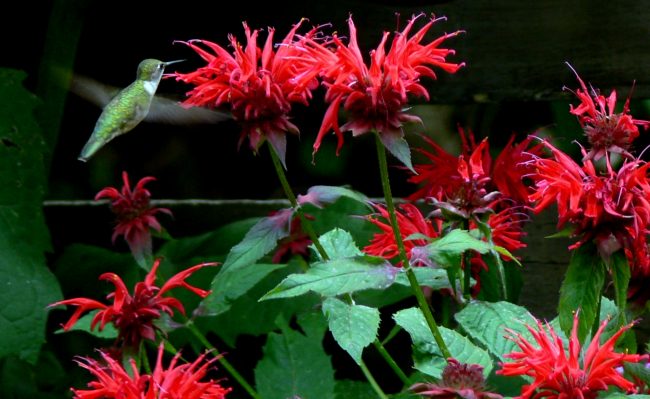 This morning, we finished our coffee on the back swing, reading one more chapter together in the book “Called Out” by Janet Boynes.  Lloyd saw a chickadee high up in the clump of false prairie sunflowers, safely sipping water from a chalice. If only I had the camera with me!  The large leaves enfold each other where they join onto the square stalk, forming a deep dimple or chalice.

At Cedar Hollow, the chickadees and other birds have several spots to drink from: a stone bird bath in both the front and back yards,  a rock basin in the back yard on the ground next to the steps, and, of course, the pond.  Loveliest of all, though, are the living chalices high up on the green flower stalks.  Can you see the water line near the base of the leaves on the stalk at the right? 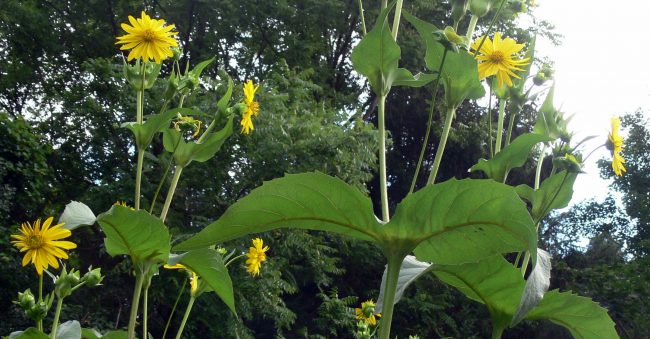 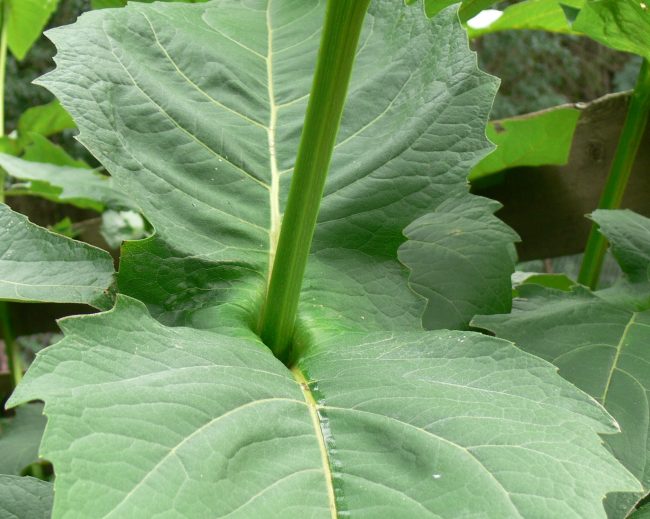 Where do you slake your thirst these days?  With the horrendous, violent events occurring in rapid succession around the globe militarily, environmentally, and politically, have you felt the need of a fortifying drink in some safe place?

Years ago, when a Samaritan woman went for water at a well in Sychar, a Man at the well said He could give her living water.  In the conversation that followed, the identity of the Man became evident. She went back to the city and invited her people to come hear Him themselves. They came. Have you said what they said in John 4:40-42?