The spring of 2016 see-sawed back and forth here at Cedar Hollow.  Winter itself had been reluctant to put in an appearance.  However, after all the white stuff had vanished, and the goldfinches had donned their summer jackets, winter decided to give it one last blast.  Whether they looked silly or not, the goldfinches were determined to dine at the snow mounded feeder in their summer apparel. 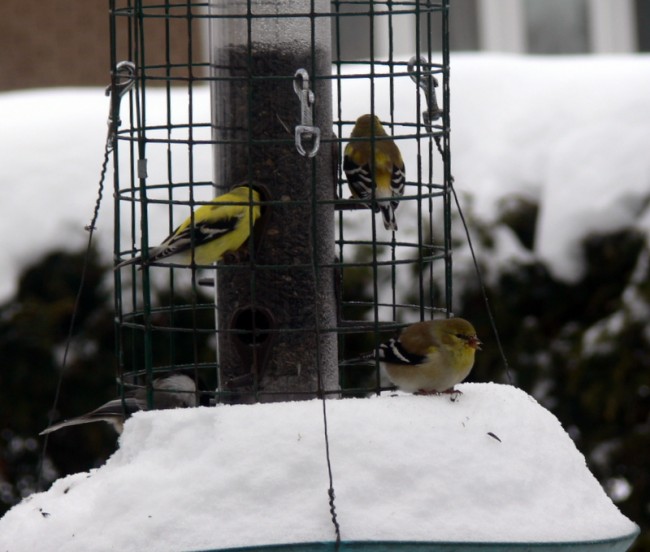 Rose-breasted grosbeaks paid us a one-week visit during the third week of May.  It was hard to believe that their outfits had no resemblance to one another – certainly not that his and her look.  Their song is similar to that of the robin:  https://www.allaboutbirds.org/guide/Rose-breasted_Grosbeak/sounds 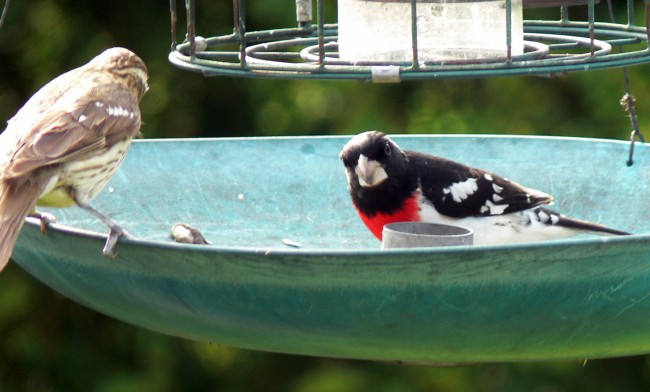 The real estate market in Kitchener this spring is the hottest it’s been in years!  Ordinary houses, some obviously in need of repair, receive multiple offers, and sell almost immediately at prices exceeding the seller’s asking price.

Cedar Hollow is no exception.  This afternoon, Lord Wren looked like he would be putting offers in on two houses at the same time.

He is a funny little fellow.  He first put in an appearance on May 29th, but just long enough to warble, “I’m back!”  Like the last two summers, he spends the morning singing here and there in the neighbourhood, sometimes far away, sometimes nearby.  It’s enough to give one the jitters, hoping he won’t be coaxed into residing elsewhere.

And then, after four o’clock, Lord Wren shows up at Cedar Hollow.  Here he is sprucing up Cedar Shake on Black Pole Lane: 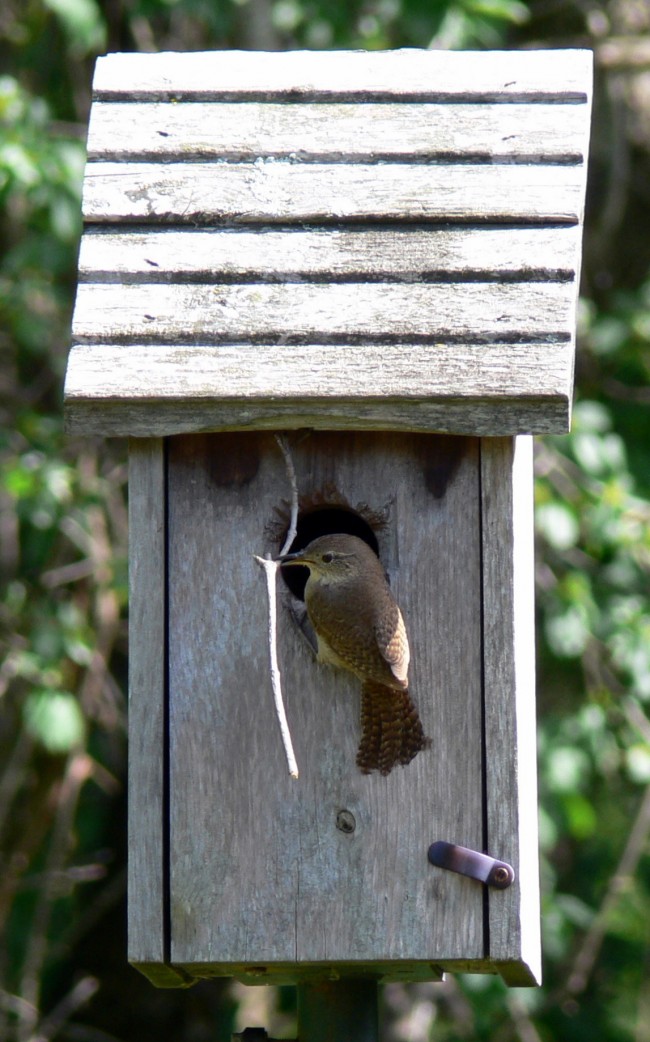 After each installation, he renders a brief chorus. 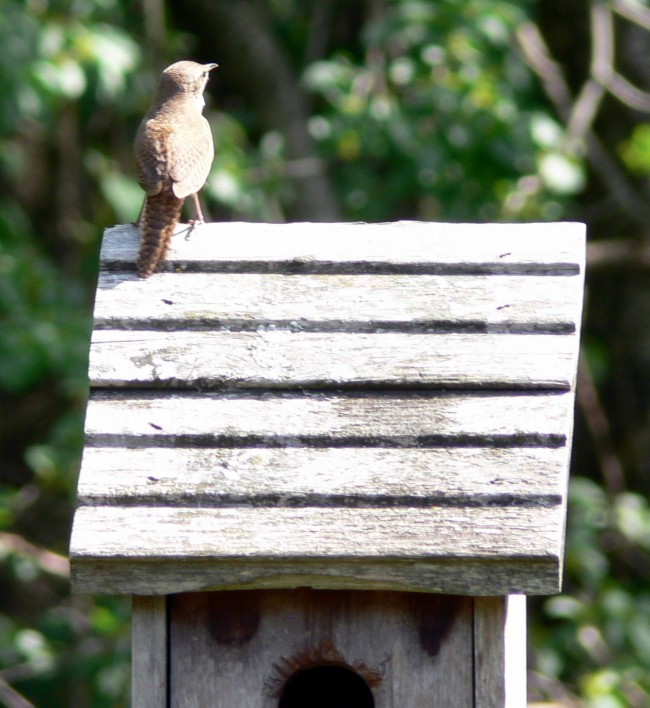 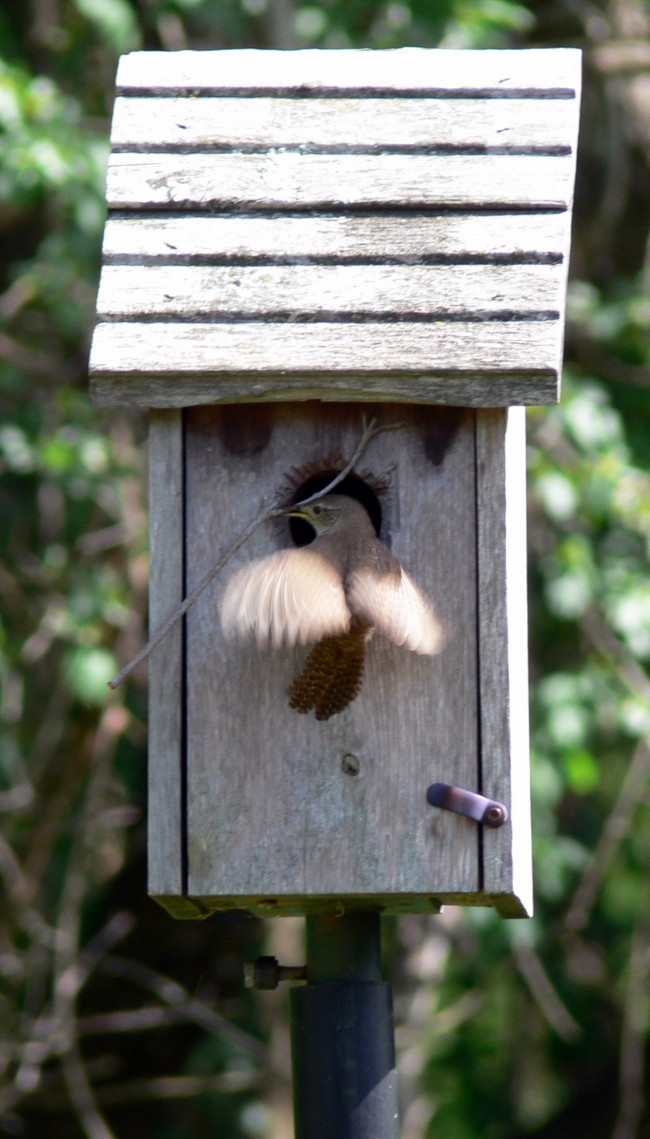 Now, where on earth did that piece of railing go? 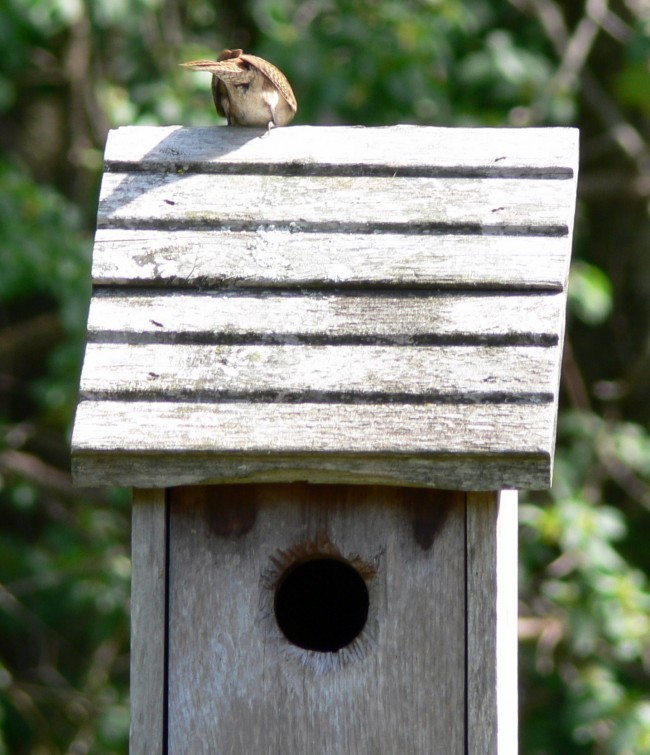 “Say!  I wonder if Madam Wren might like the Château de la Gourde?  There’s no telling what tickles a lady’s fancy.  I better work on that, too.” 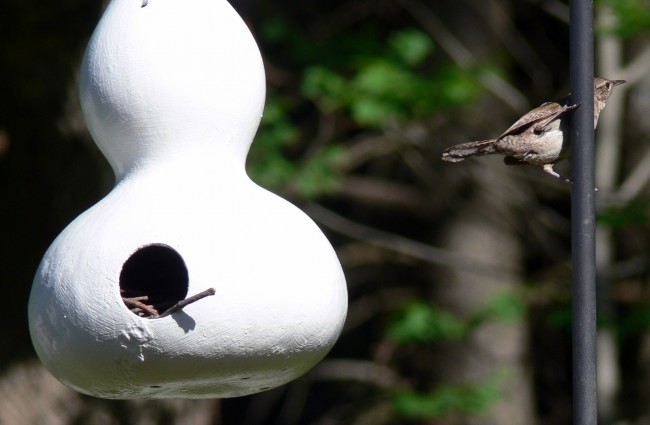 “And if you think preparing multiple houses for my lady love’s inspection and her final selection is a breeze, you’ve got another think coming, buddy! 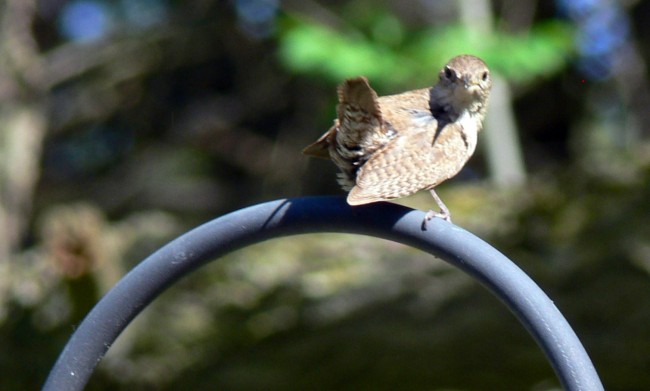 At the end of the day, Lord Wren let the whole world know that he was definitely interested in Château de la Gourde, nailing his offer to its front door for all to see: 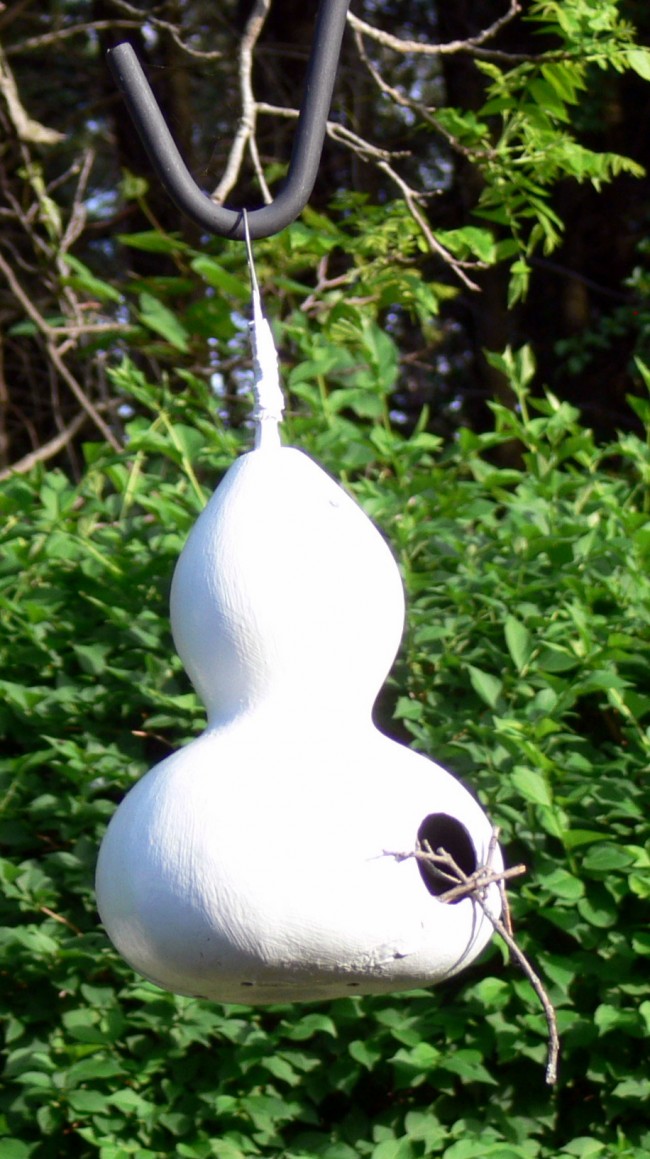 Strange.  Lord Wren has completely ignored the Swiss Chalet on Walnut Avenue. For the past two summers, that is where he and Madam Wren raised their young ones.  Maybe they thought the red squirrel didn’t comply with the neighbourhood’s noise bylaw.

If Madam Wren chooses Château de la Gourde, it is closer to the deck swing, and will be easier to photograph.

(Over ten years ago, we planted bird gourd seeds in the back corner of the yard.  Lloyd built a wall trellis for them to climb on.  As their white flowers are pollinated by night-flying moths and insects, Lloyd went out by the light of the moon with a Q-tip and dutifully smudged pollen from one blossom to another, which resulted in several beautiful gourds.)

The song sparrow has witnessed the wren’s antics before at Cedar Hollow.  She nonchalantly prepared to refresh herself with an invigorating bath – not just once, mind you, but twice! 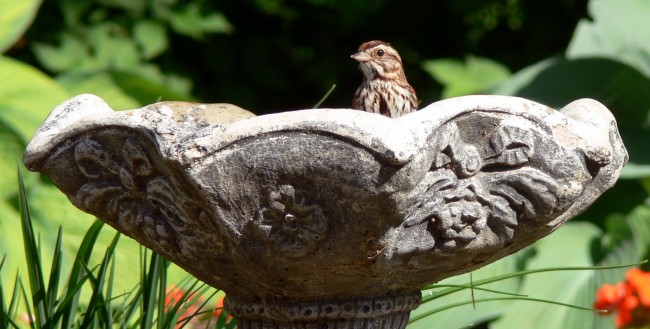