If we get many more gorgeous days like this, I’ll be plum worn out!  How is it that each spring I end up digging like a badger?  Perennials expand and have to be split up, and some bushes need to be replaced, having succumbed to the coldest winter in 32 years.

Another cause for stomping on the shovel was an article in the paper about a test of two large groups of people, one eating organic foods, and one the other stuff.  There was 89% less pesticide residue in urine samples of those who consumed organic foods.  I decided we needed to incorporate some vegetables into our flower gardens.  This meant yanking out sturdy English Ivy that was entrenched along the house foundation of one of the sidewalk gardens.  That gave room to dig out phlox, daisies and asters and replant them where the ivy had been.  Now there was space to set in some pepper plants and some climbing green beans.

Hostas and perennials were dug out from the other sidewalk garden, labelled in plastic bags, and placed by the curb.  All had been taken to other gardens by neighbourhood green thumbs by the next morning.  A row of bush green beans was sown in the space they vacated!

In the back yard, two tomato plants, more pepper plants, and a row of carrots and swiss chard went in.  Cucumbers and grape tomatoes were planted in a small bed by the back deck.

But all was not drudgery.  Lady Wren put on a heavenly symphony overhead.  Here she is beginning a rhapsody, feathers stiffening on her amazing throat as she reaches with ease the joyous high notes. 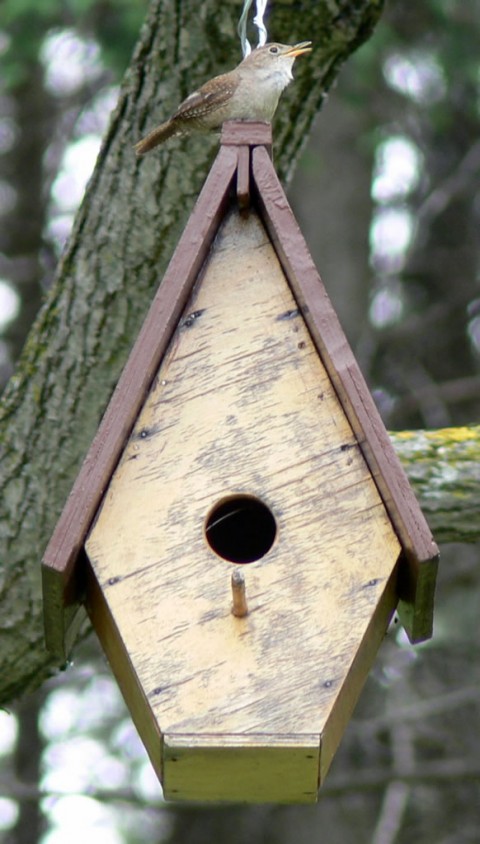 Don’t you think she is quite pleased with her choice of the Swiss Chalet at McDonalds? 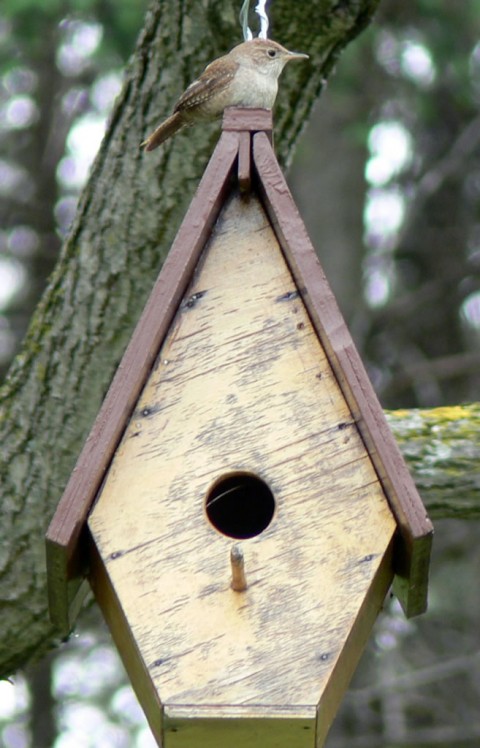 In between sonatas, she gathered building materials from beneath the garden gate, the daylily bed, the shed roof, and the rhubarb patch.  This female engineer used the perch like a safety belt to steady herself as she hauled in a twig. 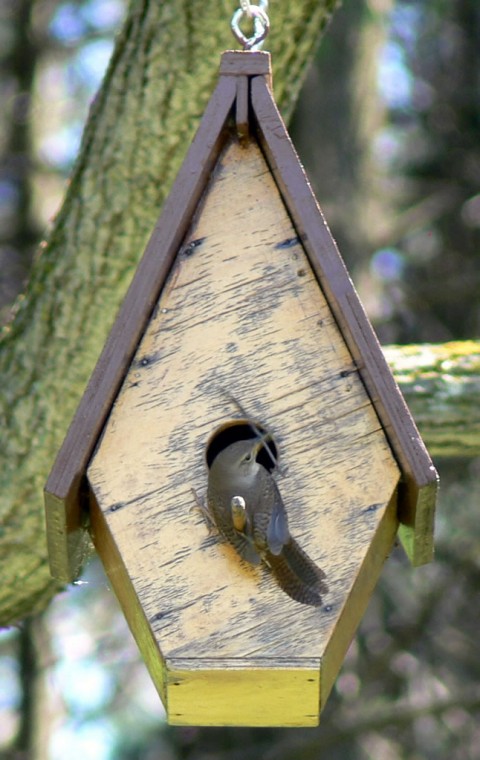 We have lived in this home for 15 years, and this is the first time that a wren has blessed us by moving in.  When I was a kid, I remember how much my mother LOVED the wrens who lived in the apple orchard on the farm.

Meanwhile, several branches above the Swiss Chalet, the Red Squirrel entered his favourite eatery, and enjoyed tiny nutmeats hidden at the base of each wooden scale on a spruce cone.  It is fun to spot bare cobs at the base of some of the forest trees.  Maybe he’s composting them! 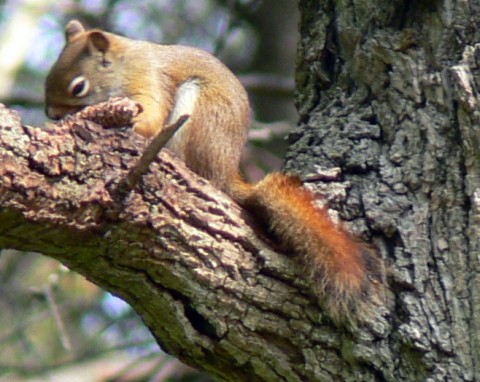