Lloyd noticed a jiggling here and there among the flowers by the falls.  Now and then, we saw just the head of the chipmunk rise above the flowers, as though he was standing on tiptoe.  What was he up to?

Ah!  He found The Northwest Passage!  There he was . . . slaking his thirst from a secret passageway in the rocks! 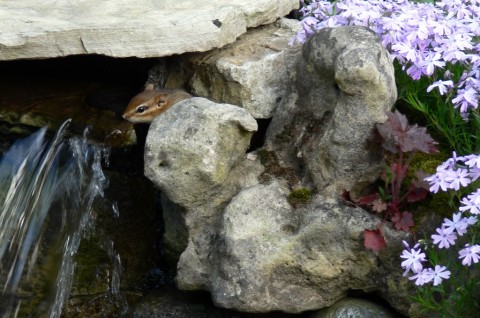 Who should appear in the entryway of Cedar Shake of the Black Pole but the fledgling chickadee?

Now don’t call me a Momma’s boy, he seemed to say.  Can’t a buddy pop back home now and then for a suntan on the balcony?  There’s no place like home! 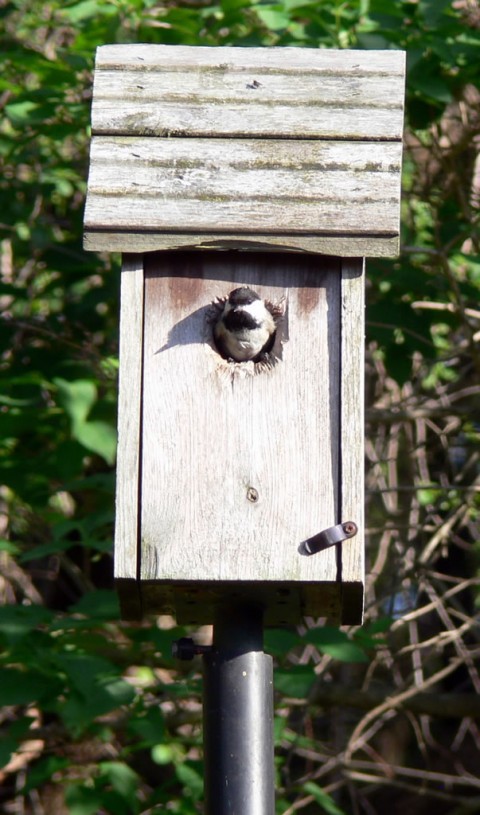