Yesterday was a killer!  Our son, John, came over on his day off and helped lug flooring materials, sacks of gravel, cement blocks and bricks up the knoll in the back yard to replace the rotted floor in the aging garden shed.  More soil had to be dug out, and a large tree root removed before the 2×6’s and 2×4’s could be secured in place. 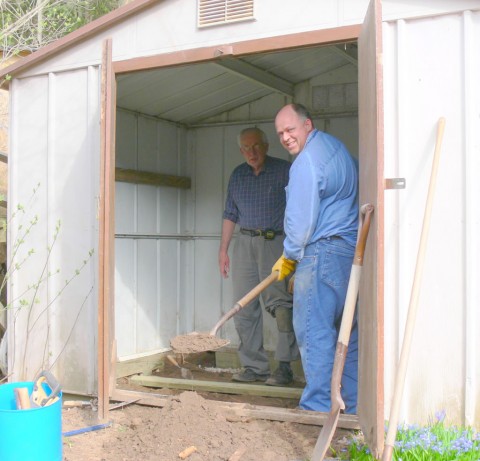 By seven at night, they were ready to nail down the first section of pressure treated plywood. 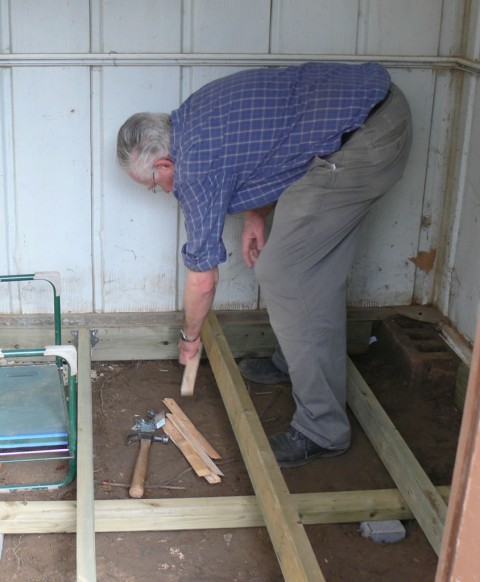 I had prepared one of John’s favourite meals, spareribs, which simmered all afternoon.  Our repast rejuvenated us somewhat.

Waking up this morning, our weary backs and joints made us feel as old as Methuselah!

All that subsided somewhat when I pulled open the living room drapes!  There by the hedge, the cage door was down, and Rabbit No. 3 was inside!

It’s surprising how success or good news can perk one up!

Lloyd covered the cage with a blanket so the rabbit would settle down and nap while we had breakfast.  When Rabbit No. 3 was released in the countryside at the same spot as the previous two, he bounded straight up the wooded hill. 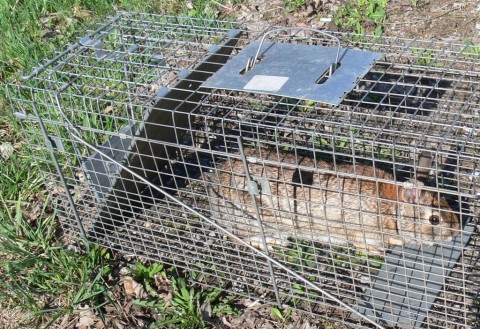 “Where’s that apple?  Maybe we’ll catch another one tonight!”