At his newly installed bench turntable, Lloyd is sculpting an item for the homey cotton batting scenes that decorate homes at Christmastime – the Pioneer Memorial Tower.  When the sculpture has been completed, battery-powered lights will twinkle from its windows and balustrade. 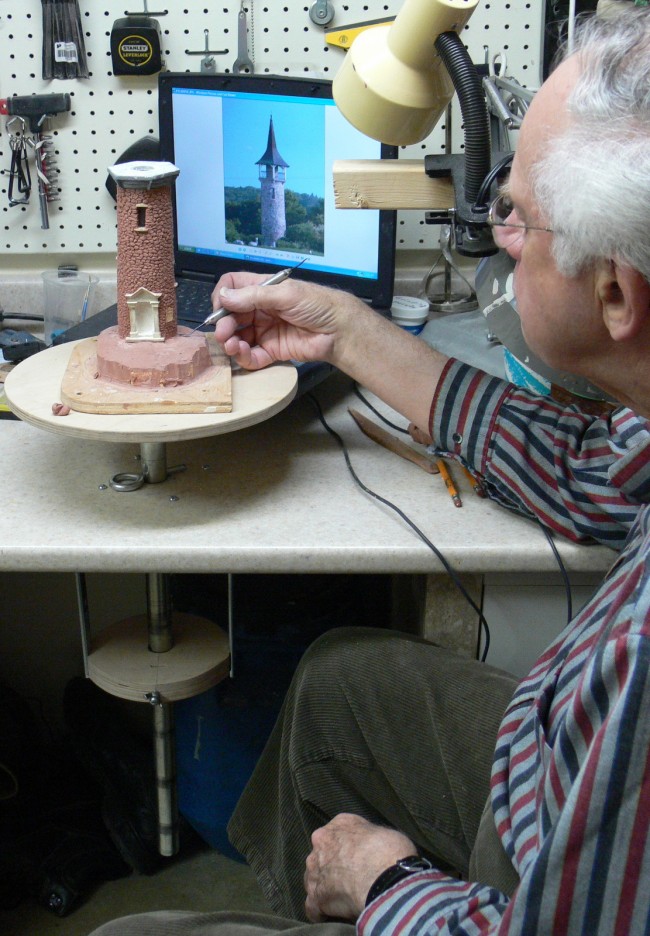 This morning we set out to take a few more photographs of the tower in order to check the height of the roof as compared to the rest of the structure.  As I opened the car door, I heard my first robin of 2016!!!

In the snow at the side of the path, we spotted a few fresh deer tracks.

Further along on the right stand the remnants of the Doon Mill erected on the banks of Schneider’s Creek which flows into the nearby Grand.  It was built in 1839 by Scottish settlers. (You can see the trail we continued on – not more than 6 min. from our home. 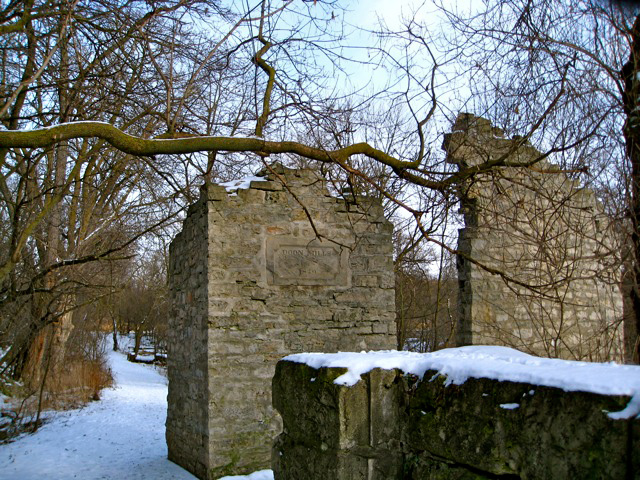 No doubt this tree flourished at the same time as the water-powered wheel served the community of Doon, grinding oatmeal, flour and barley.  Now a handsome condo for coons, its penthouse comes with a sunroof! 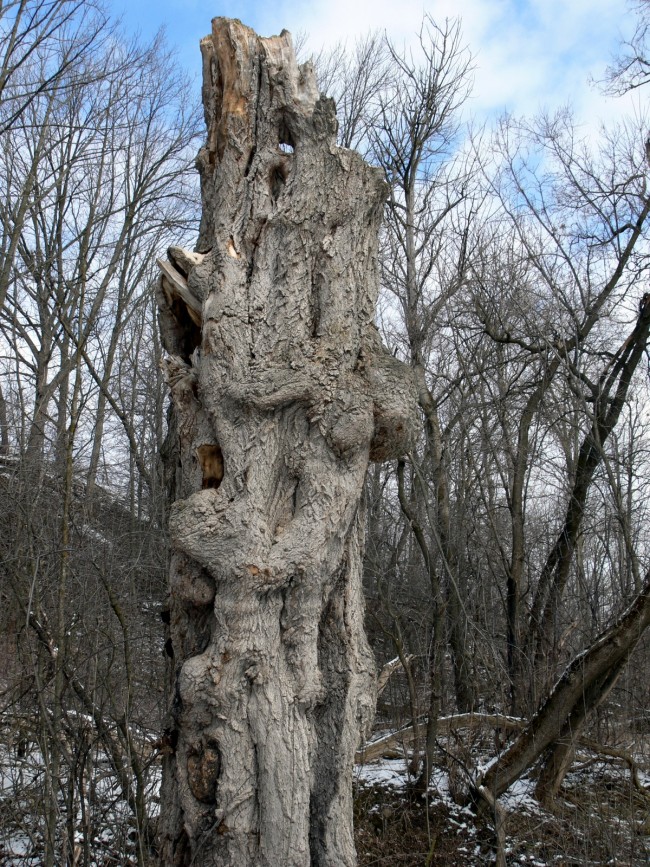 Our approach hustled off a small gaggle of Canadian geese.  I managed to photo-graph the last three before they scuttled down the bank.  See the tower behind them? 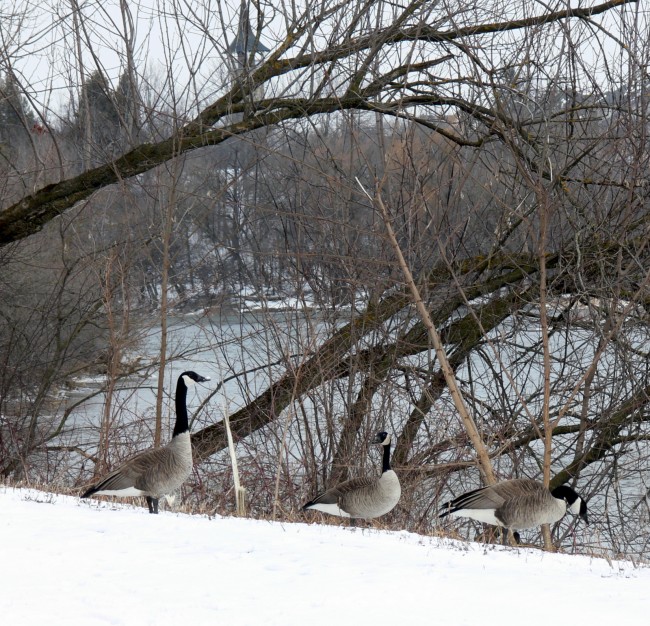 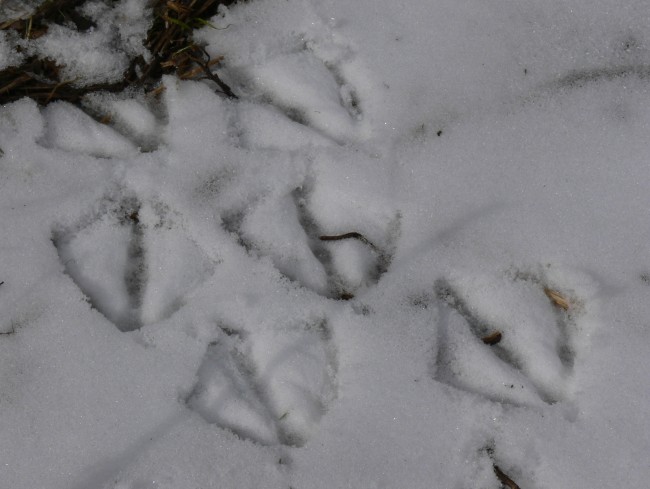 The tower, built of smooth field stone with a “Swiss” copper roof, was erected in 1925 to commemorate the arrival of the Pennsylvania-German pioneers between 1800-1803. 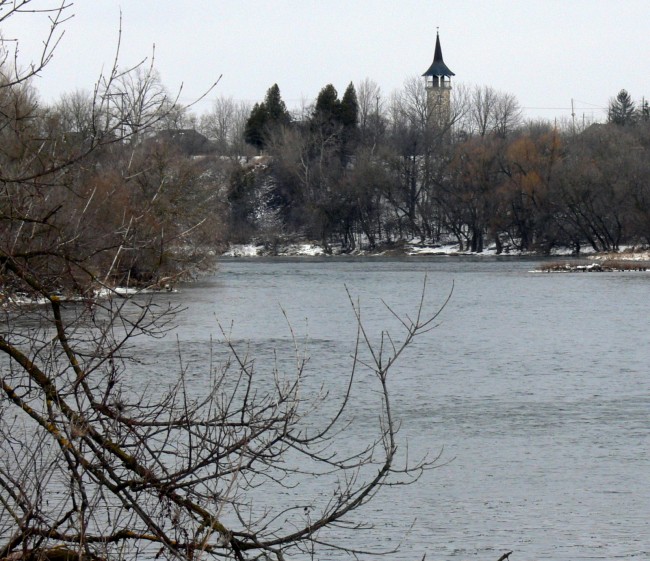