As you saw in the last blog, layers of liquid rubber were applied in alternating colours of blue and white so Lloyd could tell where he left off when brushing on each new layer.  After the last coat of liquid rubber, he left it to cure overnight.

Now it was time to study its contours carefully in order to determine the location of the sections of the supporting mother mould that must be made.  Each piece would be a solid, unbending plaster cast about half an inch thick which must be able to be removed without locking in the rubber mould beneath. Lloyd marked lines on the rubber, to delineate the boundaries of the three mother mould sections. 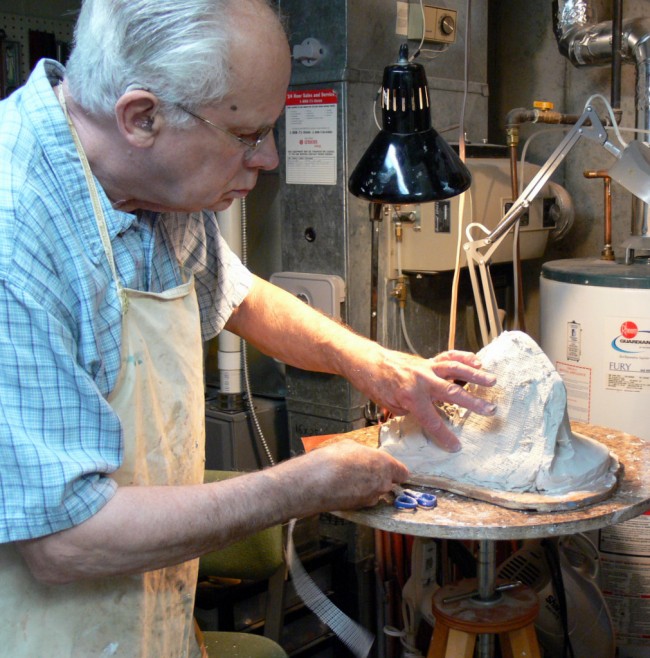 The completed mother mould is left to dry.  The third section is at the back. 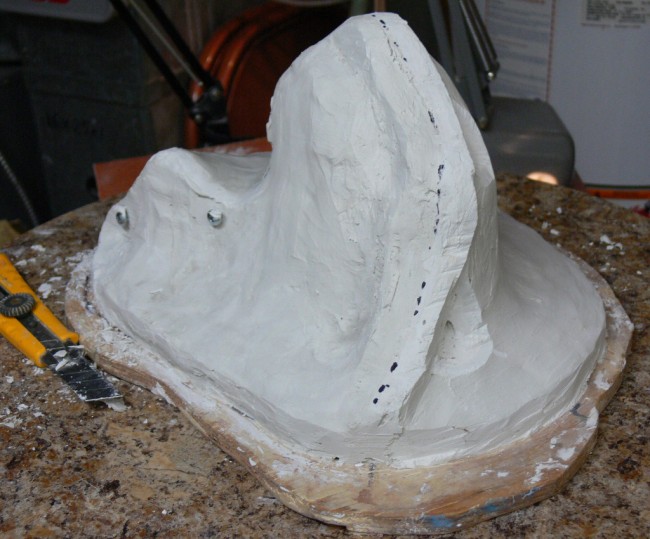 Meanwhile, up in the studio, the three sticks on the right side of the arch have donned their robes of fragrant cedar, ornamented with sticky snow. 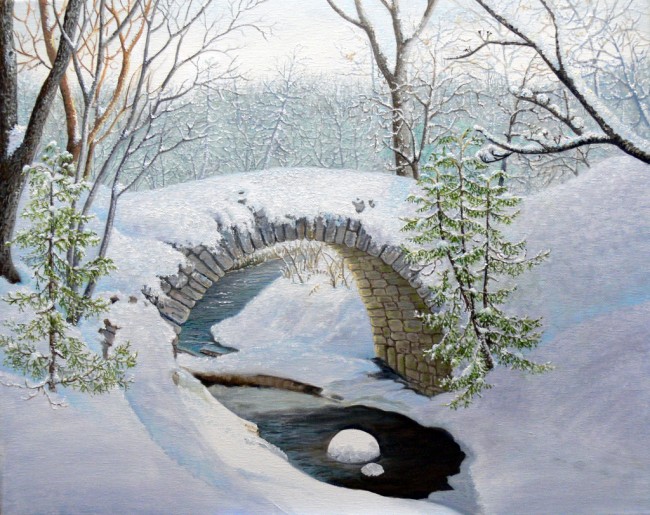 Wild redwood bushes and weeds will soon appear in the left foreground.  The river has only been washed in, but will have to wait for more attention until after the redwood has arrived.  Snow-laden brush will sprout on the right, gloried here and there by sunbeams.  Please don’t shiver . . . but mix up a cup of hot chocolate instead, and dream of sleigh bells in the snow.