With the first light snowfall on Friday, the Canada Goose who had taken up residence temporarily in our basement, declared that the snow was his cue to head south!  He wished his cohorts a Merry Christmas, not expecting to return until March 1st.

I was up at 4:00 this morning to see John off. He was driven to the Toronto airport by a fellow Grand River Transit operator, Chris. You have probably guessed by his wonderful countenance that Chris is also a Christian. 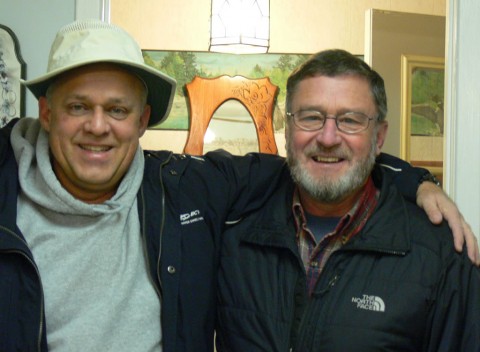 About a year ago, John began planning this epic vacation.  He stacked the 2013 and 2014 vacations back to back, worked statutory holidays, etc., to pull together a four-month stretch of vacation.  His goal:  To take courses on Bonaire in order to become a certified scuba diving instructor.  As you realize, John’s childhood spent on Bonaire, Caribbean Netherlands, introduced him to the WONDERS OF THE SEA, and he fell completely in love with it.

In preparation for the upcoming three-month course, John took in-the-lake and on-land instruction this summer, studied several challenging manuals, and completed tests online.  He hopes to finish the reading material while in flight today. When he takes early retirement in about ten years, John wants to utilize the scuba diving instructor skills to finance future vacations and see the world.

What could not have been planned were events unknown one year ago.

John rented out his condo from October 1st until the end of February, and came to live with us for October until today.  When I was scheduled for surgery to remove my thyroid on October 31st, John was here to help out, which was truly a godsend.  His benefit package allows one week per year to help family members if a medical need arises.  My recovery has been going along very well, and I have been thoroughly enjoying the pampering by my menfolk!

Just as John completed his scuba studies online on his computer in the basement, I realized what a perfect opportunity was now available to use his computer’s InDesign program to input a book about our Bonaire experience which I’ve been working on.  It would be too expensive for me to buy such a program, and my aging computer would not have the gumption to handle it anyway.  John had me watch tutorials yesterday, and then sat down last night to coach me . . . and now the project is underway!  I was able to input the first three chapters this morning.

John also joined his Dad as the two of them carried out chimney sweep work! 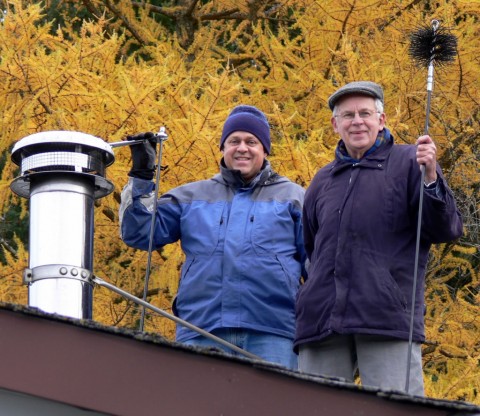 During the past week, John patiently coached his Dad, and enabled him to now post his own Bible studies and link them on the Internet for his website ministry at: closerlook.ca.  John has previously done this work for his Dad.

Who could have arranged ahead of time, with precision, the blessings of these past five weeks?