Oh my!  What’s that big critter in the cage?  It seemed to be sleeping, so we had time for breakfast.

Lloyd placed an old towel over the cage so the masked bandit would remain sleepy.  How heavy he was as Lloyd lugged the caged coon to the car. There was a river and woods not far from the drop-off spot in the countryside.  How large his tail looked as he bounded away and disappeared in the undergrowth. 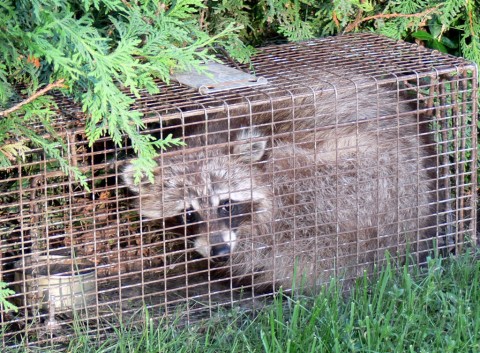 Lloyd and I took our morning break on the lawn swing. 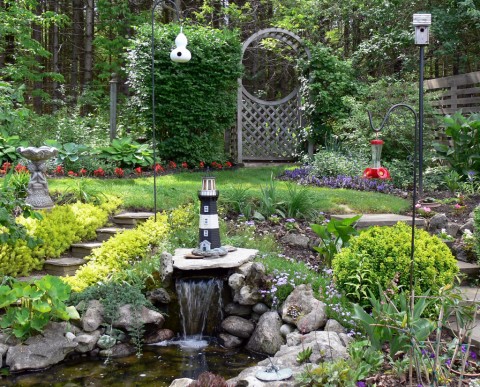 Have you ever sensed that you were being spied on?  Chippy is on tip-toe, gopping at us! 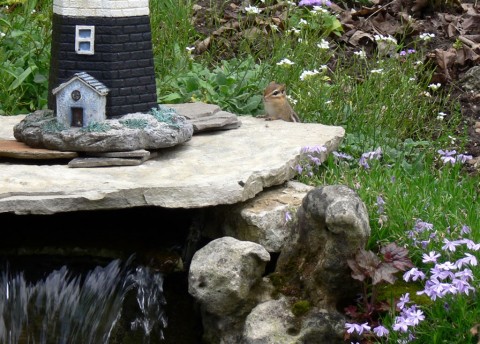 It was apparently break time for others as well.   Both mother and father cardinal alighted on the top wooden fence rail within a minute of each other, bearing a light green something-or-other in their beaks.

Squeak, the Red Squirrel, listened quietly, for a change, from a perch high in the walnut tree while I read aloud the newspaper summary of last night’s TV debate. 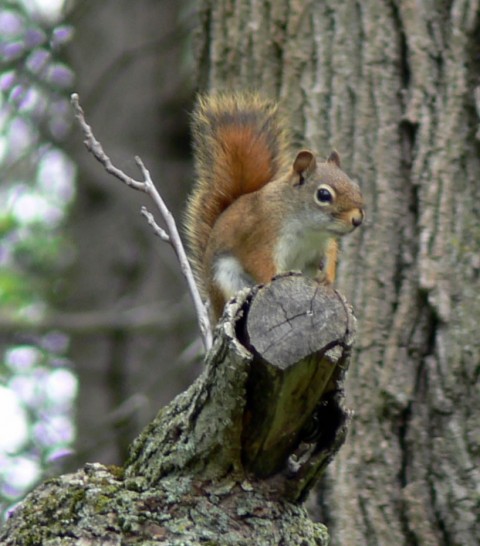 Pollsters ranked NDP’s Andrea Horwath  the highest with her IT MAKES SENSE platform, six points above the Liberals, and eight points higher than the Conservatives.  Who knows what might change with one week of campaigning left?