You might have thought we were quite old fashioned folks, but you may have underestimated us.  Early this morning, our very own drone did a secret photo shoot of the pond and the entire subdivision at Cedar Hollow.  There was no sound emanating from the drone whatsoever, so our neighbours would have been none the wiser.

Today’s Record showed a photo of a drone made in Waterloo by Aeryon Labs Inc., a young company begun by three University of Waterloo graduates.  They sell drones to the military in many countries of the Middle East, and to markets on every continent except Antarctica.  They’re doing a booming business!

The drone we employed was considerably smaller than those produced by Aeryon: 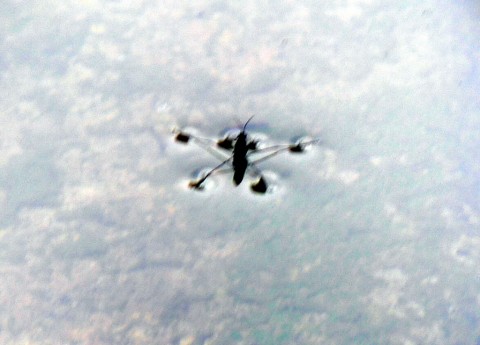 Noon hour was spent at a lecture in the Homer Watson Art Gallery in our neighbourhood where I once took watercolour lessons.  We sat in the gallery shown on the right with its skylight windows all around it, letting the natural light in.

Jean Haalboom lives in Old Doon, and enlightened us on the flax and grain mills, twine, cordage and fabric companies, cooperage and brick makers that once flourished here. 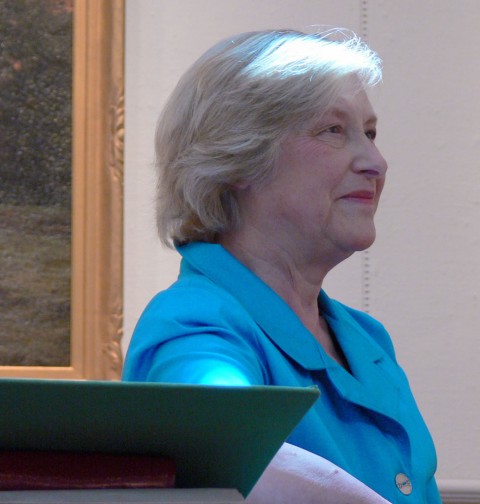 When Jean began her efforts in the 1980s to preserve special old sites in Doon, our next-door neighbour, Milena, was the seamstress who created  this period outfit for her to wear during presentations to local councils, setting the mood. 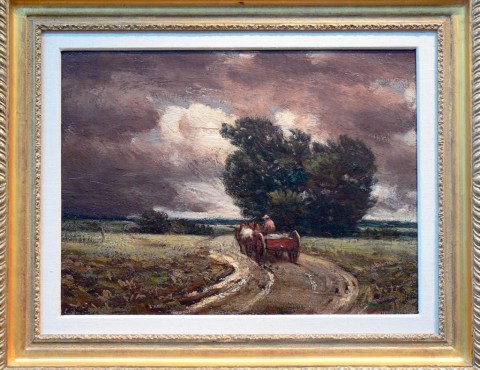 Above is one of Homer Watson’s paintings.

A large road is named after the artist, Homer Watson, which we refer to every time we give directions to our home.  He is buried in a cemetery within walking distance.  His landscape paintings are in galleries all across Canada.

Back at cedar Hollow, the changeable weather provided sunshine during the supper hour, and we were able to eat outside.  Our son had cut and trimmed the lawns, and enjoyed hearing and seeing the wrens of Swiss Chalet and Bounce the hummingbird.  At one point, it sounded to me as though Lord Wren was singing a lullaby to his babes, keeping the volume of his song quite low.