My husband and I have enjoyed the unusually cool weather July gave us.  We can’t remember one like it!  When it rained, which happened often, it wasn’t a whole day of overcast gloom, but often changed between sun and rain several times in one day.  Mind you, you had to put the deck cushions away whenever you used them or you might find them water-logged the next time you went outdoors.

Do you imagine retirement to be a laidback affair?   Think again.  I announced to Mr. McD that I wasn’t taking a morning break; no time.  How easily the day can slip away with this and that chore, and I was determined to get some time in the studio.

The winter scene has been barely washed in.  I slipped trees and tree tops into much of the background this morning.  They will be mostly hidden from view as the painting progresses, but a branch or trunk here and there in the distance will give it reality and depth. 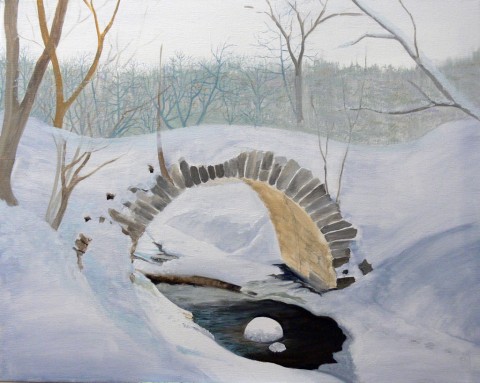 When Lloyd came back in from the deck, he told me what I had missed!  Lady Wren alighted on the railing of the lighthouse, of all places!  Of course, when something like that happens, one doesn’t have the camera.  And if you did, by the time you could half aim, she would have flitted elsewhere.  There isn’t a lazy bone in her! 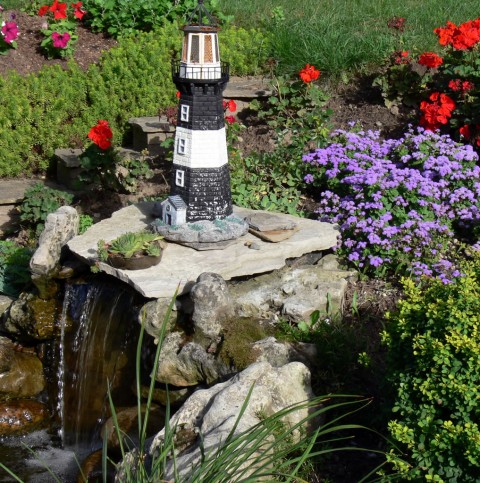 Apparently, she hopped onto other rocks in the garden and scuttled through the flowers, searching here and there for bugs and beetles and all things deee-licious!

Living at Cedar Hollow means several hedge-clipping sessions, and what a fragrant scent one enjoys in the process.  John trimmed the arch to the back yard, the forsythia by the back gate, and the cedar hedge between us and our neighbours to the north – the “parents” of a baby robin named Pipinka, who is growing by leaps and bounds.

When we were kids, someone told us that a sky like this meant that the sun was drawing up water.   Is it? 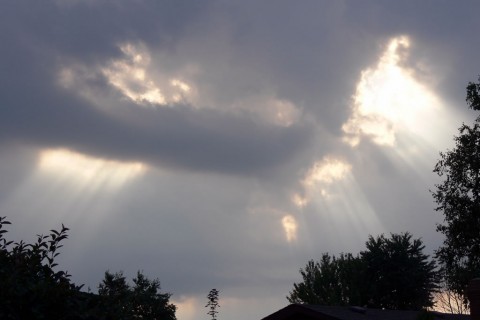