When hanging up the freshly filled hummingbird feeder after breakfast, I saw two wrens flying around the Cedar Shake birdhouse on Black Pole Lane.  Does this mean that the dead wren found a few days ago may have been an intruder and not Lord Wren’s partner?  Let’s hope so.

Do you remember when we purchased a Smart car a few years ago that every chipmunk in the neighbourhood had to have a ride in it?  They didn’t exactly ask for one, but that summer, we caught 22 chipmunks in a cage, and taxied them out to their new country digs.

Last year, after Lloyd’s knee replacement, we didn’t resume our limo service.  And guess what?  We didn’t have to! 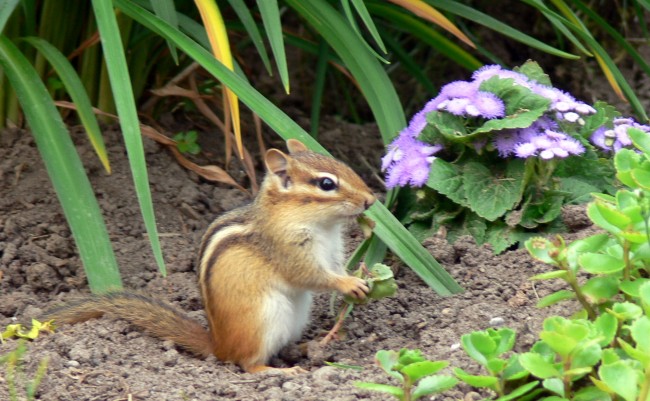 . . . . . he was in hot pursuit of a trespassing chipmunk!  Ka-poosh!!  Did he chase him off in a hurry!  There won’t be 22 chipmunks around here this summer!  High-tailer, that’s his name,  has established his home somewhere under the Dutch windmill.  Woe betide any chipmunk who steps his foot inside of Cedar Hollow!  After securing the premises, High-tailer was as thirsty as a camel! 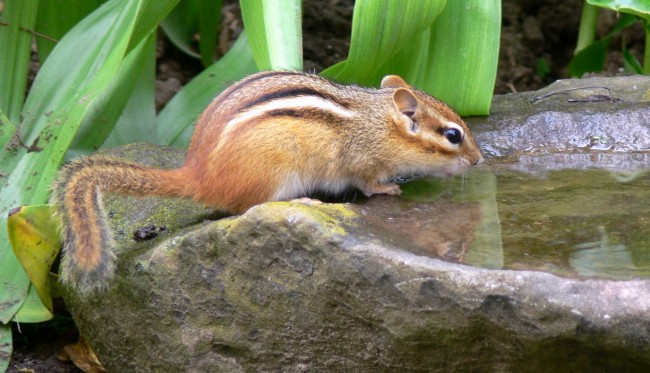 He must have been napping in his burrow when the resident Song Sparrow decided to take a bath in his rock basin, High-tailer’s basin, mind you.

Not everyone around Cedar Hollow gets all worked up, though.  Often as not, you’ll find Jeremy taking a snooze, dangling his fishing line in the pond. 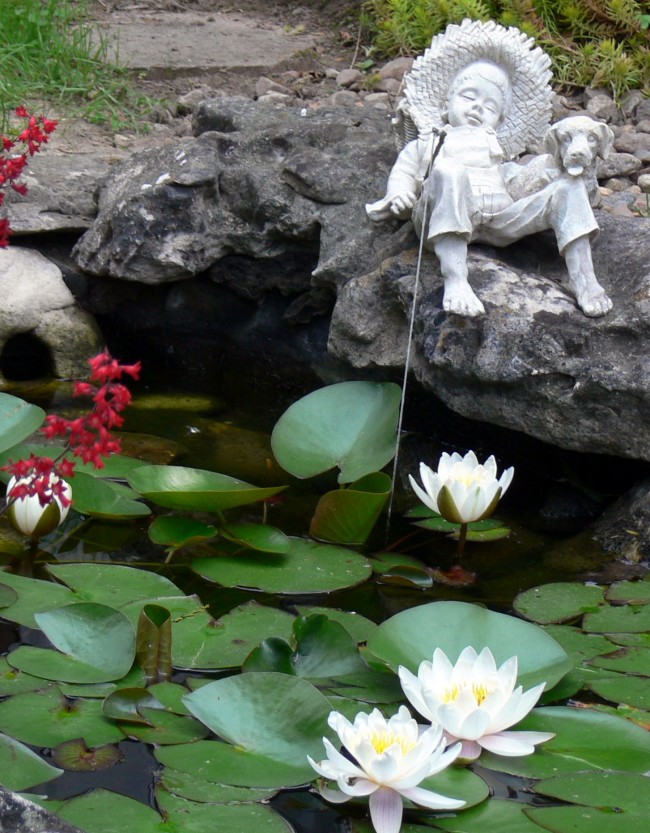