During the War of 1812, like other homemakers in the Queenston area of the Niagara Peninsula, Laura Secord was forced to billet some American soldiers.  Just prior to this unwelcome intrusion, during a lull in the battle of Queenston Heights, Laura searched the gruesome battlefield for her wounded husband.  With the help of some men, Laura managed to carry James home to nurse the wounds in his shoulder and knee.

Laura overheard a disturbing snippet of the American soldiers’ conversation through her window.  They were discussing plans of a surprise attack on the nearby British garrison at Beaver Dams (nearThorold).  Some of the Secords’ friends and neighbours were stationed at that garrison.  They would be in danger, and the last of the peninsula could fall to the Americans.  Laura determined to alert Lt. FitzGibbon of the imminent attack.

In the pre-dawn, Laura left her wounded husband and five children in the care of the eldest 13-year old.  She walked some 19 miles through swamps known to be infested by rattlesnakes, and which contained stretches of dangerous quicksand.  Time was of the essence.  She must reach FitzGibbon by nightfall.  The heat was oppressive.  Laura lost her shoes when crossing a fast-flowing creek, but pressed on with her mission in spite of cuts to her feet.  She came upon a Mohawk Indian encampment.  Putting up a brave front, she demanded of the chief that he lead her to Lieutenant James FitzGibbon who was stationed with the 49th Regiment at the stone Decou House.

Standing in wet, torn, blood-stained clothes, with scratched arms and legs and bleeding feet, Laura delivered her message to FitzGibbon.  All she would answered when questioned about her sources was that “they were reliable.”

Together with only 45 men and about 400 Mohawk and Odawa warriors, FitzGibbon outmanoeuvred the well-equipped and trained Americans, and took 462 of them prisoner. 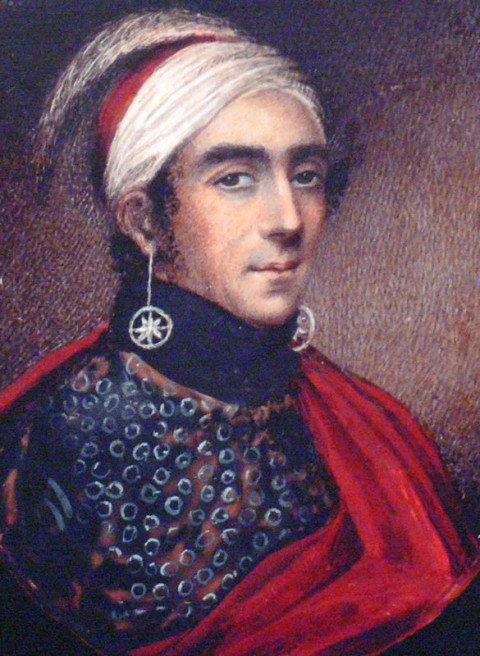 By the way, there was no cow involved in Laura’s perilous journey!  The lady tour guide confided to us that when she applied for her current job as an interpreter, she also mentioned the cow that Laura took along on her journey.  Apparently historians added the cow to give the tale more colour!

Some years ago when our family was serving on Bonaire in the Netherlands Antilles with Trans World Radio, a visiting doctor and his wife arranged for the staff to have a special evening.  We were all to dress in historical costumes.  There would be prizes.

Following the story-line learned in public school, I suggested that our family enact Laura Secord.  Our daughter, about 9, wore a big frilly bonnet and long dress, and led a “cow” composed of her two older brothers, John and Daniel, who had burlap sacks covering their bent-over backs.  I had made the cow’s head earlier for a nativity scene.  The staff was made up mostly of Americans, and no one could guess who these Canadians kids were portraying.  They thought it must be Mrs. Murphy whose cow knocked over a lantern that set off the Chicago fire!

During the tour of Laura Secord’s house in Queenston, we learned that when the Prince of Wales visited Canada several decades after the War of 1812 and saw a woman’s name on the list of Canadians to be honoured, he searched out the records.  Laura Secord’s service to the British Crown had been outstanding.  He acknowledged her heroism and sacrifice by a handsome monetary award. 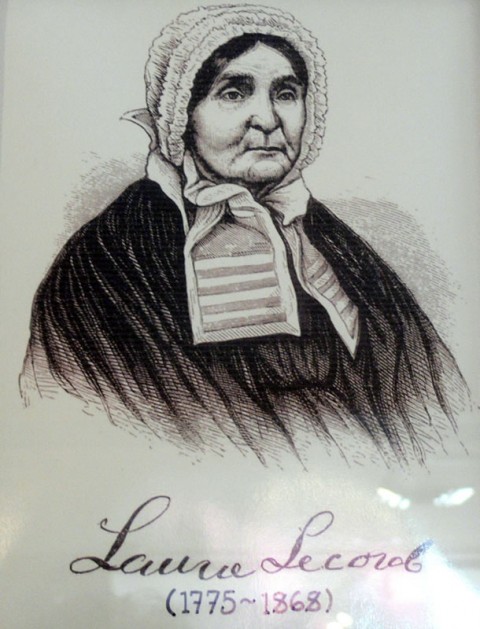 As Lloyd and I sat on the porch of the Laura Secord Museum, the monument to Maj.-Gen. Sir Isaac Brock towered straight ahead in the distance.  In the trees, a wren rhapsodized about the blessings of the now peaceful Queenston, and suggested we join in thanksgiving for the brave soldiers who once fought on this soil for Canada. . . including a brave woman in bare feet.