Yesterday, Sunday, January 11th, marked the 200th anniversary of the birth of Sir John A. Macdonald.  Stephen Harper paid tribute to Canada’s first prime minister by saying the Scots-born politician “forged Canada out of sheer will.”

Macdonald’s political career as a Kingston alderman began the year the cornerstone of Kingston City Hall was laid, 1843, and after his death, the first prime minister of Canada lay in state in the same room where Harper delivered his remarks. 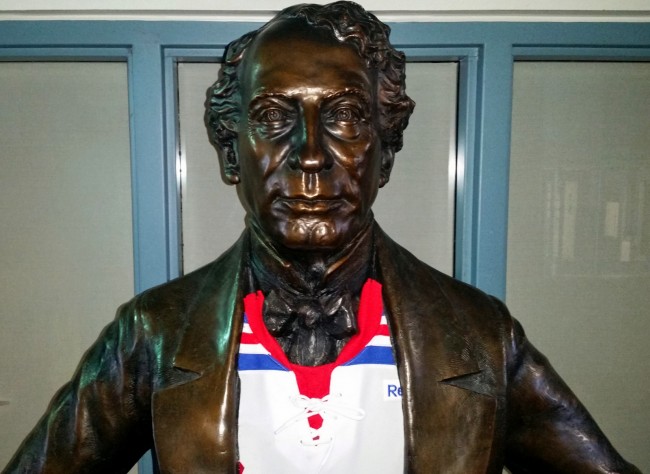 A gifted sculptor from Wellesley, Ruth Abernethy, created his likeness in bronze, which is temporarily on display in the Kitchener Auditorium, home of the Kitchener Rangers. (Some hockey fan had the audacity to put one of the team’s shirts on Sir John A.!) 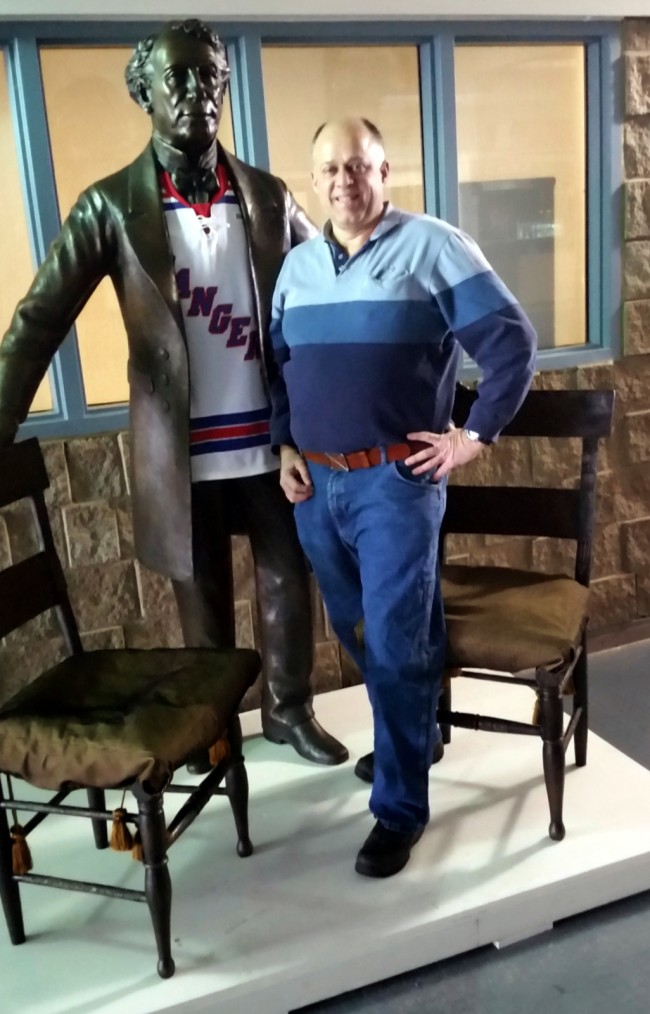 Our oldest son is named John A. McDonald, and always signs his emails and correspondence with John A. In fact, he gets a kick out of using this as one of his email addresses:  sirjohnamcdonald@gmail.com.

Of course, there is a slight difference in the spelling of the last name, but for some strange reason, everyone thinks the prefix of our surname is spelled with an “a” and not just a “c.”

When people meet my husband for the first time and hear the surname McDonald, sometimes they jest, “You’re not Sir John A. Macdonald, are you?”  Lloyd replies with a straight face, “No.  I’m his father.”

Sir John A. Macdonald’s history and accomplishments are engraved on the backs of the two chairs he stands beside.  The installation is called “The Conversation.”  As you thank God for the blessings you enjoy in Canada . . . sit a spell . . . and read what is engraved on the back of the two chairs Sir John A. Macdonald stands between.  Find out what this remarkable man did to make Canada one of the best countries to live in.